Wilsonic is a spectacular celebration of today’s cuttings edge music presented in a live context, connecting the best elements of music fused within the atmosphere of a concert, a club and a party. The primary focus is on local Central and Eastern European artists, musicians and producers sharing the stage with their critically acclaimed, international counterparts. An equal compliment to the music and performance element is Wilsonic’s inspiring location, Tysovo nabrezie is a beautiful place on the river with a amazing views across the city.

Mascots of the festival, French duo Nôze, are the best proof of Wilsonic’s ability to find interesting artists before they become internationally known and respected. In 2005 the festival gave the opportunity to the Czech band Khoiba to perform. Up to the present day Khoiba has broken the boundries of central Europe and their album ‘Nice Traps’ became successful in Great Britain and Japan. A similar case is DJ Vadim’s alternative hip-hop project One Self, which you can now watch on MTV.

In 2006 Wilsonic was the first significant Slovak music festival to point out the new arising club trend known as dubstep. The festival presented pioneers of this style, including the British duo Vex’d. Last year Wilsonic assigned a whole stage dedicated to dubstep, which included performances from Loefah and Digital Mystikz.
This year Wilsonic will introduce projects such as Soap&Skin, Midi Lidi, Beardyman, Flying Lotus or Little Dragon with Yukimi Nagano, who critics predict a promising future for. And while other festivals uncover artists who will be performing one by one, Wilsonic decided to undertake more straight forward approach and offers its whole lineup at once.

Tickets:
Two day festival full of music from 550Sk available to buy at: www.wilsonic.sk/tickets with Print@Home tickets.
Tickets are also available from Ticketportal.sk and Eventim.sk.

Wilsonic – a soundtrack to a modern urban Bratislava
Bratislava, described as the ‘little big city’ is in reality a small and cozy town. Built over centuries on the Danube river, Bratislava has a tight city centre with its never ending plethora of cafes, bars, restaurants and clubs and is reminiscent of a Mediterranean atmosphere. You won’t even notice that the only thing missing is the sea.

Above the old castle resides the capital city’s castle and is both a focal point and compass for potentially lost tourists. The view from the castle offers a unique view of one of the biggest former communist style suburbs in Eastern Europe – Petrzalka. Apart from the architecture of the old town and that of the communist era, modern buildings are popping up all over like mushrooms after the rain. There’s a “New York rush” in the city these days as “the biggest village in the country” – as the locals often call it – transforms into an international capital. Entirely new districts are being planned and built daily to ensure much needed economical growth of this upcoming metropolis.

The atmosphere, the environment, the vibe of Bratislava screams of being THE place to be and Wilsonic works as a cuttings edge urban soundtrack for Bratislava’s changing landscape.

Wilsonic – What does the name mean?
Wilsonov: In the year 1918, in the constitution process of Czechoslovakia, Bratislava was briefly referred to as Wilson Town (Wilson Stradt, Wilsonov). The name tag was an initiative to establish the town as an independent European city. A city which does not belong to Czecholovakia, Austria or Hungary. Wilson Town represented the fusion and diversity of it’s surrounding cultures.

Sonic: Of or relating to audible sound. From Latin sonus, a sound.

Wilsonic Festival, with eight years already under it’s belt has a strong local audience and continues to develop it’s international profile. Wilsonic 2008 will be yet another successful fusion of East and East.

About Bratislava:
Bratislava was crowned capital of Slovakia in 1993. But with a history that stretches back over a millennium, the city is no new comer on the European scene. Once the coronation city of the kings of Hungary, Bratislava is an old world gem that’s sparkling a new having thrown off the Soviet rule.

The natural focus of Bratislava is the old town, where cobbled alleys transport the traveller back to the age of Beethoven and Liszt. The royal castle looms above, whose restored interiors remain a magnet for Slovaks and foreigners alike. But there’s much more to Bratislava than just old world nostalgia, with endless cafes, bars and restaurants to enjoy. (Information from Bratislava-life.com)

Where to stay:
Accommodation in Bratislava is provided by over 70 establishments, offering services of various categories. Lower price hostels can be found even in the centre of the city and there are many rooms in houses and student dormitories providing accommodation during summer months. We recommend you to book accommodation in advance, as the tourist boom in Bratislava and the European Football Championship in Vienna will have an impact on the accommodation availability.

You can reserve accommodation together with your festival ticket if you book online at www.wilsonic.sk/tickets. Choose from 12 hostels or hotels with overnight prices from 200 Sk – 2 300 Sk/per person (€ 6.25 – 72).

Getting there:
To Bratislava - The best way to visit Wilsonic in Bratislava is to take a plane. The budget airline Sky Europe is able to transport you from over 45 destinations throughout Europe. You can fly directly to Bratislava or to near Vienna for reasonble prices.

The best way you can get downtown from Bratislava airport is to take a taxi. In order to pay a lower price (approx. 170 Sk/€ 6) you have to order the taxi by phone. For further information check in the section Transport in Bratislava.

From the main train station you can also get to the city centre by taxi. Again, don’t forget to order it by phone to get lower price (cca 150 Sk/€ 5). For further information check in the section Transport in Bratislava. 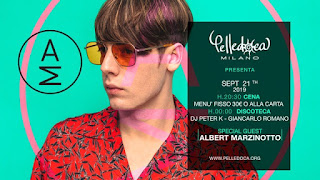